I enjoy working on a wide variety of projects that give scope for discovery and sharing of stories about nature, culture, environment, travel and history in different ways. As part of this, I've been fortunate to have a long association with some large-circulation magazines and major broadcast media, including through the BBC and National Geographic.

For TV and radio work, go to the Sound and Vision page.

Here's a brief sample of some of my work for different print media to give an idea:

Hundreds of stories for BBC Wildlife Magazine over more than three decades, including major features on Scottish wildcats,  Beavers, Sea Eagles, Puffins, Norwegian reindeer, Alpine marmots and Humpback Whales. I contributed a 'Wild Calendar' feature to every issue of the Scottish Natural Heritage magazine 'The Nature of Scotland' until the demise of the print edition. Features in many other large-circulation magazines, including National Geographic, BBC Countryfile, Wild Travel and  Country Living.

You can read some of my writing for major international magazines by clicking the links below:

I've been editing a variety of publications since my mid teens. This includes arts pages and magazines and several years editing and designing the nationally circulated 'BTO News' for members of the British Trust for Ornithology.

Since the spring of 2017, it's been a privilege to edit Northwords Now, the free literary magazine of the north. This gives prominence to writing from people living in or inspired by the Highlands and Islands, but I‘m also keen to see material linked to the wider north. That includes both other parts of Scotland and places around the northern world.

You can download a copy of the current issue here: 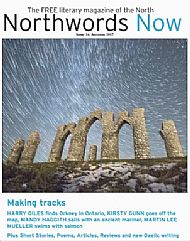 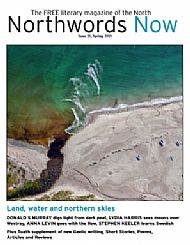 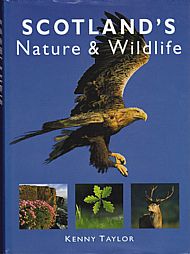 I've also collaborated with other writers in several books. These include the second edition of The Puffin by Mike Harris and Sarah Wanless, for which I wrote the chapter on puffin behaviour, using much of my own research. Another part in a multi-author venture is my piece in A Wilder Vein - an anthology edited by Linda Cracknell and described by Robert Macfarlane as 'a significant contribution to the contemporary literature of place.' My creative non-fiction piece 'Cull' was included in 'With Their Best Clothes on - New Writing Scotland 38' (2018) and an essay on Orcadian geology and Hugh Miller in 'Conversations in Stone' edited by Lara Reid and Elsa Panciroli.

In 2019, it was a privilege to have a poem included in 'The Darg' anthology of writing in honour of the centenary of the great Scottish writer, folk song collector and co-founder of the School of Scottish Studies, Hamish Henderson.

Other collaborations include writing the Scottish section of the Traveller's Nature Guide - Britain (Oxford), the wildlife section of Frommer's Best Walking Trips in Scotland and providing text and background research for the European myth and legend section in the second edition of Jeff Watson's classic work The Golden Eagle.